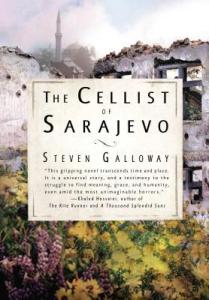 me in (yes, yes I know you aren’t suppose to ‘judge a book by its cover’ but hands up if actually don’t pick up books because you like their covers – anyone? anyone?) Flipping to the back cover to read the blurb I was sucked in even more and I duly headed to the checkout with book in hand. The book is The Cellist of Sarajevo by Steven Galloway and it was the image painted by the first sentence of the blurb that convinced me to spend my pennies. The sentence is this:

In a city ravage by war, a defiant young musician decides to play his cello at the site of a mortar attack for twenty-two days, in memory of his fallen friends and neighbors.

What an image. What a story. I don’t recall at what point, before or after I started reading the book, that I learnt that this scene (and the catalyst for the novel) was inspired by the real musician Vedran Smailovic. Smailovic became renowned for playing his cello in ruined buildings during the siege of Sarajevo – many times playing Albinoni’s Adagio in G Minor. Never heard the adagio? Go look it up – it is a hauntingly beautiful piece. Smailovic’s actions have inspired many artistic tributes including; a piece entitled The Cellist of Sarajevo composed by David Wilde and recorded by Yo Yo Ma, Christmas Eve/Sarajevo 12/24 by Savage and a folk song by John McCutcheon called In the Streets of Sarajevo. As far as I can gather all of these endeavors have been embraced by Smailovic himself.

Clearly, it was also an act/image that affected Galloway sufficiently to become the hinge of his book in which he considers a fictionalised version of the siege of Sarajevo which took place from 5 April 1992 to 29 February 1996 during the Bosnian War. Indeed, Galloway talks here about how it was a photograph of Smailovic printed by the New York Times that sat with him for a decade until after the 9/11 attacks that gave him an avenue into writing about what war does to people who are ‘not in the business of war’. In addition to the unnamed ‘cellist’, the novel looks at the siege through three fictional characters. It is not a sensationalist book, indeed it is surprisingly ‘internal’. It is also not dialogue heavy and although there are moments of violent action much of the book focuses on the thoughts of his three main characters. I don’t typically read books about war – indeed if a book is too ‘military-y’ I will stay clear of it – but I loved this book. I could ‘see’ this book playing out as a piece of theatre in my head as I read it (what a way to start a play … a solitary cellist playing the adagio surrounded by ruined buildings … my spine tingles just imagining it).

After finishing the book I started poking around the internet to learn more about Galloway and to discover if he has published other novels but what I found surprised me. It is very well documented, in many forums, that Smailovic despises Galloway and hates the success this book has brought the author. Huh. Why? A quote from a 2008 Times article in which Smailovic explains: “It was like the explosion of an atomic bomb, emotions of anger and pain. How is this possible? They steal my name and identity. Nobody can take the rights to that from me. It’s quite clear that it is me in the book.” Apparently Galloway contact the Times in response and he is quoted as saying: “I’m not sure entirely about in what way he feels that what I’ve done with his identity is different from the other works of art which have been inspired by him. I don’t use his name, I call my character the Cellist and he’s really only a character in the first five pages. It’s not really about him, it’s about the other characters and their reactions to what he does. … The problem is that Mr Smailovic took a cello on to a street in a war and that’s an extremely public act.”

I’m not intending this post to be a full (or accurate) account of the people’s feelings involved in this specific case – if you are interested a quick google search offers up lots of details – but it got me thinking, more that I ever have before, about if and/or what we owe real people for the inspiration they give us for creative/fictional writing. I’m sure there have been many people before me that have thought long and hard about this and as I go further into my writing career I’ll have to learn about the legalities but this is the first time I’ve sat down and thought about this. I could anticipate that if I used a copyrighted piece of art that there is a very clear path for financial compensation. But what if I’m inspired by a famous photograph that is in the public domain? Or a news article such as the story which hit today about the American dentist who killed a much-loved lion in Zimbabwe? What if I change the occupation of the American and tell the story from the point-of-view of a local child who never interacts with the hunter? Would I owe ‘something’ to the parties that originally inspired me?

What about family members? Obviously any writer’s life inspires what they write about and one day, when I am a good enough writer to be able to do them justice, I want to write about my Aunt and Uncle who both died a couple of years ago. If I were lucky enough to secure a publishing deal for a novel with characters that are inspired by them would I owe financial compensation to their estate – namely my cousins? It is a little daunting to consider these things – not just from a financial aspect but from a ‘pissing people off’ aspect. I suspect there are a lot of stories that writers don’t tell until their real life inspirations are long dead just for this very reason. I guess at the moment I have the ‘luxury’ of this being an academic thought exercise since I am a long way from making any sort of money from my writing but it is one I will carry closer to me having read about the contention surrounding Galloway’s novel. 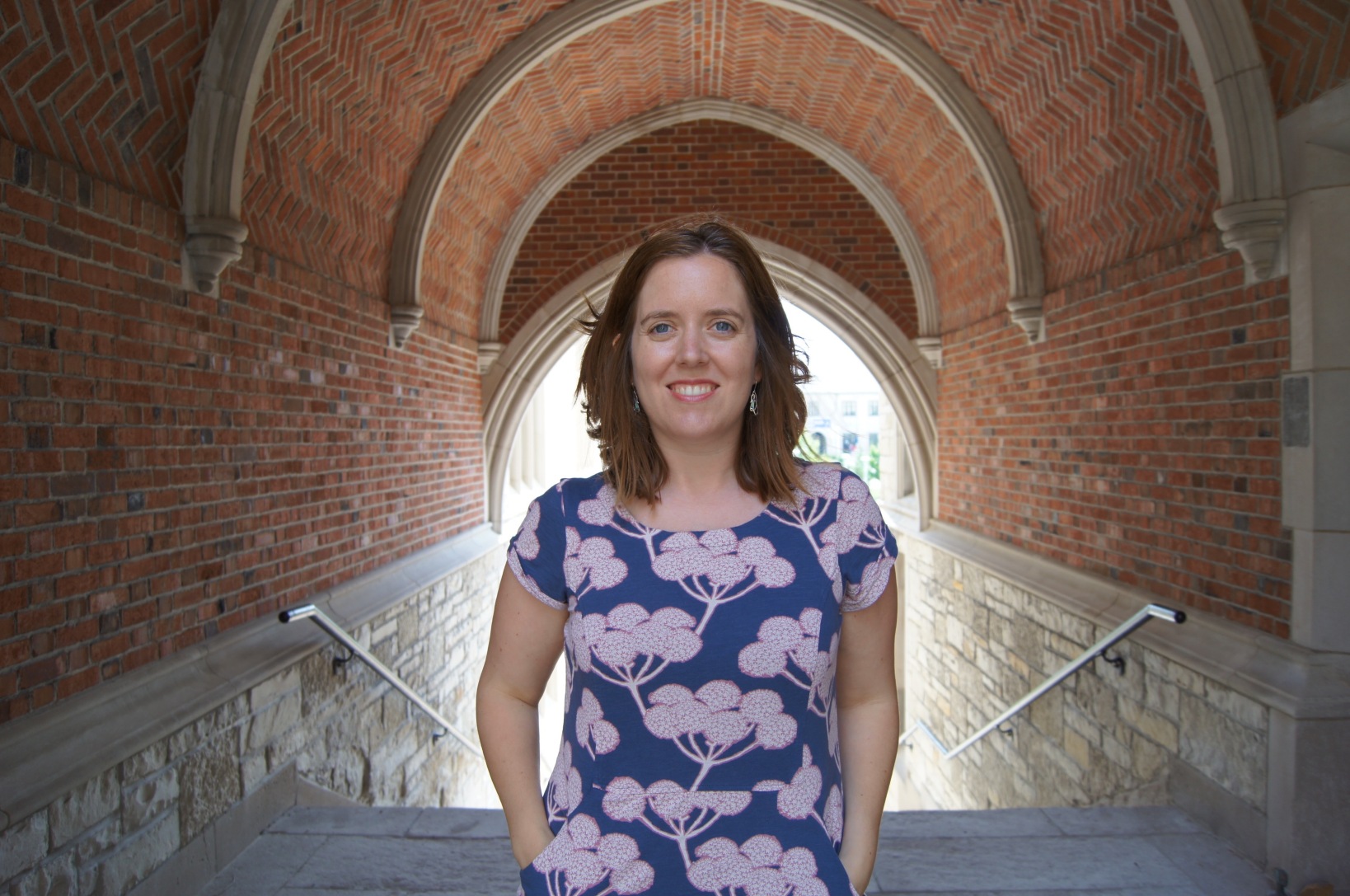 Venturing into the world of creative writing after spending the first seventeen years of her adult life studying the stars as an astronomer. Currently lives in Toledo, OH with a husband who still studies the stars, and a young daughter who is a star (most days).